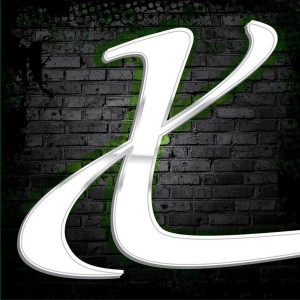 Yo What’s Poppin my People! It’s the homie Tyler Hotep and I’m back with another for my very special readers.

Last night as I was navigating through this beautiful world of “Guns and Butter” and happened to catch up with a Legendary 305 HipHop Icon DirtBag! For you youngstas drawing a blank; he worked with such industry greats as Juvenile on “Rodeo”, Busta Rhymes and producers like Cool and Dre. His Smash Hit Single “Set It Off” with Monica and Missy Elliot helped to open the door for future Miami HipHop artists and 305 MegaStars like, Rick Ross and Plies.

DirtBag, who hails from Miami’s Carol City, Florida, started rapping at the age of 16 under the influence of Miami legends like Uncle Al, Uncle Luke and the Mayor of Miami Trick Daddy. In 2004 He signed his first record deal with Chris Lighty of Jive Records, but his path wasn’t completely blazed just yet. At the time of his signing to Jive the industry wasn’t ready for true street MC’s. Industry labels and execs did their best to water down the street vibe in an attempt to control the types of artists allowed to succeed in mainstream HipHop.

DirtBag solidified himself as a Miami Icon, and now he is ready to answer the streets continuous calls for new product. Teaming up with the DreamTeam of Management Groups, the “Goya Boyz”, He has built a powerful unit around himself with his new flaming hot single “Turn Me Loose”; mixing his Raw 305 Thug vibe with a super radio friendly concept with a hook the crowd will love to sing along and bounce to. He is ready to reign in the game once more with his new Mixtape Miami’s Most Hated, which Dropped on June 9th, 2019. My favorites so far are “Sac Boy”, “Mama”, “Dats Real”, “Fill My Cup”, and “Sleeping Giant”.

Peace and blessings, safe journeys to all who see this! I am the excellent Tyler Hotep of the TylerHouse Movement and The Xclusive Magazine!

Be on the lookout for my new independent artist mixtape I’m hosting called The DripStone, featuring super star independent artists from all over the world. My Mixtape Truth Serum Vol 2: Conform 4 What, and my new designer shoe line, The Tyler available online now.

As always it’s been a pleasure vibin’ with you beautiful people. I love you, and until there…